A Depressing Interpretation of Gris

Playing Gris feels like exploring a huge canvas. Each section of the dazzling world is so filled with beautiful detail that it could be an individual piece of art in its own right. But behind the amazing façade is a game with an enigmatic story, with a young woman searching for her lost voice in an absurd world. With next to no dialogue or traditional storytelling, Gris never tells you exactly what is going on, but through the art design and clues, it can actually be quite a depressing game.

If you haven’t played Gris yet, or haven’t completed it, I would highly recommend you do so before reading on, as I won’t be holding back on spoilers and it is worth experiencing for yourself.

Gris isn’t set in reality, or at least, not in a reality that we would recognize. That is pretty clear from the magical way color is injected into the game, the impossible environments, and the enchanted dress that Gris wears. The world of Gris is abstract and never meant to be read as literal. When we see the ancient ruins that can be explored or the old, fragile metalwork, the player is not meant to wonder what civilization created these structures but what they mean metaphorically.

Looking at Gris from a non-literal standpoint, the story becomes easier to understand. The game begins with the titular young woman singing on her perch. The statue does not look dissimilar to her, and when she loses her voice, the statue shatters. Not only that, the world is drained of color and Gris begins her journey of recovery in silence and monochrome. 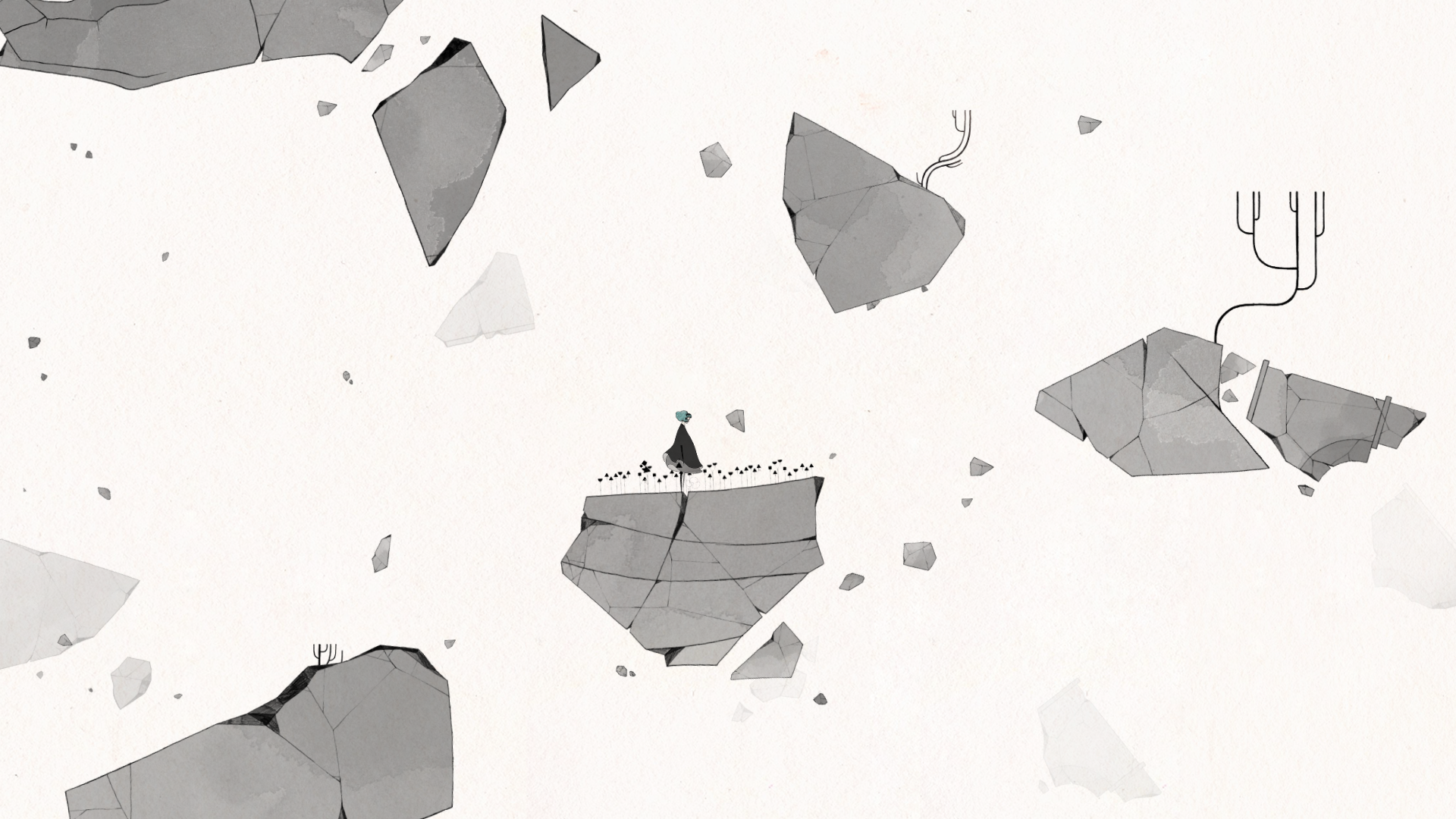 The world changes around Gris, beginning as a barren and isolating desert before shifting into lush forests, deep caverns, and old ruins. As she explores the world, she finds her statue has begun to repair itself. These figurative spaces, and the colors associated with them represent Gris’ changing mood. On several occasions the young woman must battle, or escape the clutches of a dark entity that she invited into the world through her reflection.

In the end, Gris ascends into the skies. Her statue reforms and she once again finds her voice. The darkness almost swallows her, but she manages to break from it grasp with her newly recovered song, and statue.

The entire world of Gris is a representation of the mind as its suffers from depression. Losing her voice was the beginning and the trigger that began her spiral downwards. Methaphorically speaking, the draining of color is a strong image associated with depression and the numbness that comes with it. Even the word “gris” is Spanish for the color gray.

The early ruins that she finds were not created by some lost culture but are analogues for the destructive nature of depression. One of the worst aspects of depression is the dual feelings that everything is worse with you around, and that you cannot do anything, and these damaged structures represent that. These are the thoughts and imaginations of the young woman who believes that she is broken.

On the Edge of Darkness 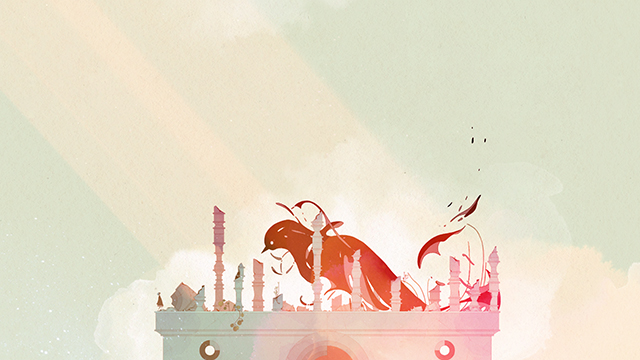 As she reaches her lowest point she finds a dark reflection of herself, and invites it into the world. This shadow is the manifestation of her depression, beginning as an apparently harmless flock of birds, or bad thoughts that seem easy enough to dismiss. But it begins to become more powerful, transforming into gigantic creatures and an entire dark ocean to drown into. Depression as often begins when a sufferer can only see the worst side of themselves; the side that can’t do anything right, or struggles, the dark reflection that doesn’t represent them.

The statue represents her sense of self. It is her opinion of herself and her worth, and when she loses her voice, the statue crumbles. Losing what she believes to be a part of herself, especially a part so core to her identity, her self-worth collapses. As Gris explores her mind, recovering fragments of herself, and coming to terms with it, the statue begins to reform. She sees herself as more whole again. And when she recovers her voice towards the climax of the game, the statue completely reforms.

In the end, Gris is a story about someone overcoming their depression, escaping the suffocating ocean of darkness and grayness that surrounds them, and rebuilding their identity. But it is important to note that even Gris didn’t do this alone. If you feel like connected to the loneliness and depressing world of Gris, reach out to someone about it.

There is something universal about the struggle of Gris and her need to recover a part of herself that she cannot imagine existing without. Gris expressed in a game an ugly, confusing feel that I know I’ve struggled to explain to others in the past. It just happened to do it in a beautiful way.

Maybe leave this one on the slab.
Film 1 year ago
8

More fun with friends (and strangers).
Games 1 year ago
9