ESO has come a long way since then. Updates released during the 24 months post-launch went a long way toward fixing bugs and making the day-to-day experience much more enjoyable. That was followed up with last year’s release of One Tamriel, which was one of the most extraordinary free updates we’ve ever seen for an MMO. It went as far as to add level scaling, in addition to a free-to-play model.

So when ZeniMax announced that it had an expansion coming out in 2017, it had my ear.

The Elder Scrolls: Morrowind has finally arrived, serving as the first expansion for one of the world’s most popular MMOs. Is this the single greatest moment in ESO history?

The Land of Vvardenfell 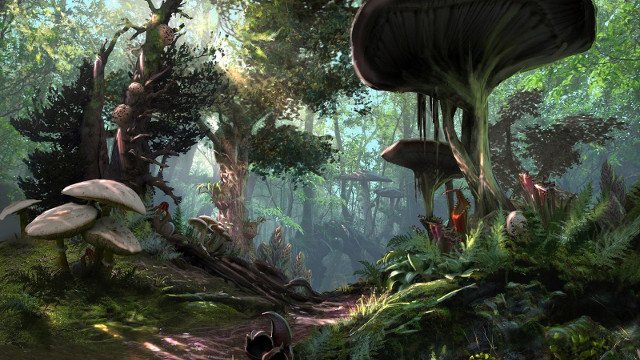 The Elder Scrolls Online: Morrowind‘s core feature is the addition of Vvardenfell, a massive new zone located in the far Northeast region of the world map. Accessible to players of all level ranges, this zone is a new playground of sorts for players to consume new stories waiting to be told.

True to the spirit of The Elder Scrolls II: Morrowind, Vvardenfell is a fantastical place, with mushrooms rising dozens of feet in the air, bizarre enemies, and strange lore. Its visual style is different than the rest of ESO‘s world, making this a long-awaited vacation for fans who have been playing regularly over the years.

The landmass of Vvardenfell is modest in size, though certainly not comparable to something like Northrend in World of Warcraft, but there is a reasonable deviation in structure and geography throughout the large island. You can find areas scarred by volcanic activity, deep caves sprawling with man-sized spiders, wilderness, as well as both developed and tribal towns. This is no ordinary island.

Working with the Morag Tong 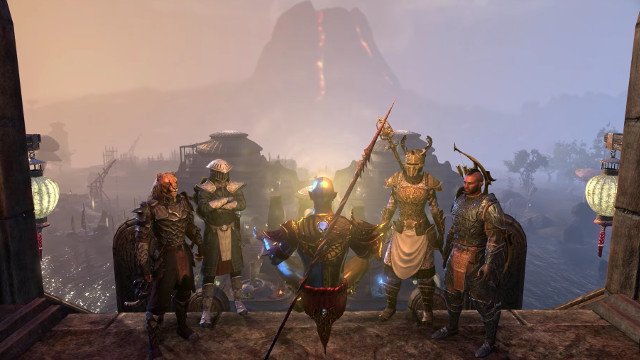 Early on players are sent to Vivec City, which has been threatened by a falling meteor. The city’s historically significant leader, Vivec, introduces you to Vvardenfell during your first hours. This is a highlight of the journey given Vivec’s interesting personality and his recent loss of incredible power. This provides sufficient opportunity for your heroic role, one where you’re effectively responsible for the well-being of the world you call home.

ESO hasn’t taken in strides in terms of storytelling during the past three years, to a point where even Final Fantasy XIV makes a greater effort in terms of visualizing main character interactions with frequent animated presentations and beautiful cutscenes. Because of this, ESO has fallen behind as a competitor of MMO storytelling, with its biggest offerings being great writing and voice acting.

This is disappointing when engaging with the secret society of the Morag Tong. The story to be told here is exciting and harnesses the strengths of the IP, with fascinating characters to meet and attractive gear to obtain. But since just about every interaction is as simple as staring at a character and listening to them talk—or reading the text—major events are left to the imagination in most cases.

The Warden is the fifth playable class of the game, and exclusive to the Morrowind expansion. This class fits an interesting role, as the first complete hybrid of ESO, capable of playing as a damage dealer, healer, and tank.

On one hand, having access to a new class is a huge addition to ESO, if not only to help diversify the social climate, which previously was rather unspectacular in terms of quantity. On the other hand, the class is underwhelming.

While leveling up as Animal Companions, I couldn’t help but feel as though I was a Summoner specialized in both Daedric Summoning and Storm Calling; each of its skills function identical to skills available to this class, although re-skinned as to fit the theme of the Warden. I was first let-down after using Scorch, a skill described as the following: “Stir a group of Shalk that attack after 3 seconds. Dealing Magic Damage enemies in front of you.”. While it sounds powerful, all it does is summon a couple large beetles in front of you after a few seconds, who stand still and then disappear shortly after—disappointing.

Green Balance is where the Warden shines. Its healing capabilities are not only strong, but visually beautiful. It’s different than the other two major healers of the game, and will likely be a mainstay of hardcore groups.

Despite this, for players who are intrigued by the naturalistic theme of the Warden, with its mastery of ice and nature, the class is a neat addition to the game that expands its horizons.

All the Small Things 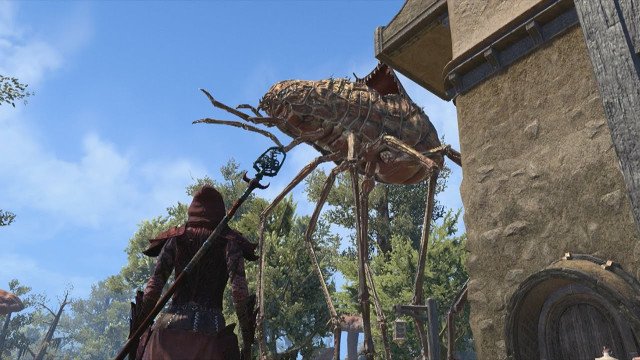 As you’d expect, there are hundreds of new items to collect and craft, new towns filled with characters to meet, and hidden quests to discover. And, yes, there are skyshards—18 to be exact.

In addition, there is a new PvP mode called Battlegrounds. For players who enjoy competition, this is an attractive new game mode that solves many of the problems with Cyrodiil, primarily in the accessibility of action and the intimacy of the battlefield.

Many of these additions are most relevant to veteran players, though One Tamriel‘s level scaling feature means that every player will have access to the content shortly after starting, if not almost immediately, a huge win for casuals and newcomers alike.

15 years later Morrowind is still a special place. Those who return home will be greeted by familiarity, but with a modern twist.

Beyond nostalgia and providing new content for veteran players, The Elder Scrolls Online: Morrowind falls short of being a must-have. It might be the first expansion for the game, but this is not the biggest moment in The Elder Scrolls Online history—One Tamriel was. It provides just enough to encourage previously disheartened players to return and see how the world has changed, but not quite enough to win over the soul of the average MMO player.

A PC copy of The Elder Scrolls Online: Morrowind was provided by its publisher. This game is also available for PS4 and Xbox One.