First-person shooter releases have been plentiful during the past few years. Games like Overwatch, DOOM, Battlefield 1, and Destiny have provided gamers a wide breadth of titles to enjoy in the genre. Because of this, LawBreakers, a new shooter by Boss Key Productions, is having a very hard time. The market is simply oversaturated at this point, and in many cases gamers only feel comfortable investing in familiar games from familiar studios.

It’s a shame, because LawBreakers is an outstanding game that could very well be front-runner for shooter of the year.

An Alternative to Overwatch 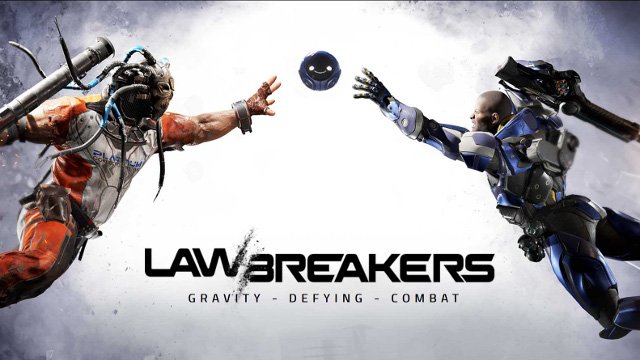 First, let’s address the elephant in the room. A lot of pre-release discussion has compared LawBreakers to Overwatch, and reasonably so. Both are character-focused 5 v 5 shooters. Though, they really don’t feel as similar as they might appear. LawBreakers is much faster-paced, with every role having access to a speed boost, jetpack, or something similar. More than anything, this means that most engagements take place in the air. With access to moves that provide verticality, you’d be sorely mistaken to simply start shooting at an enemy while walking around on the ground. Technically you can, but you’re going to have a very hard time against serious players if you don’t learn how to explore all three axis while taking pop shots at enemies.

This feeds directly into what sets LawBreakers apart from most FPS games this generation: it’s challenging. There is no easy mode to be found here. Once you arrive at the main menu you won’t find a single-player campaign to practice in, and the only tutorial in sight simply plays YouTube videos on the main menu. After you—hopefully—spend a few minutes reading about the fundamentals of the game, you’re just going to have to hop right into the thick of things. This means dying a lot, and learning from mistakes.

“With access to moves that provide verticality, you’d be sorely mistaken to simply start shooting at an enemy while walking around on the ground.”

For a large number of players, this will pose risk to short-term enjoyment. It takes time to learn what all the characters are capable of doing, and building up the muscle memory to be able to fly around using abilities with precision. But for FPS fans that enjoy a challenge, especially Unreal Tournament and Quake veterans, its style is a huge boon to the growing roster of high quality shooters that have released so far this generation. 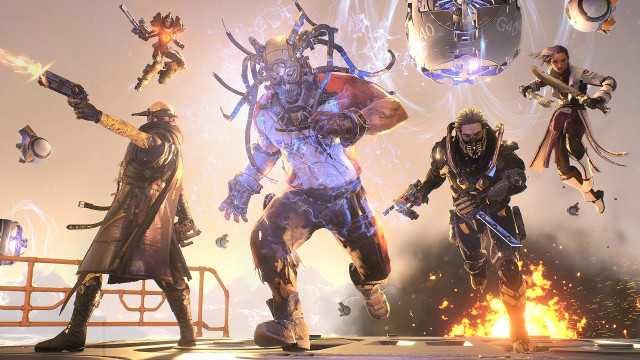 Regardless of its complexity, LawBreakers handles fantastically. Controlling each of the roles is sharp and on-point, outperforming a large number of AAA games that in many cases cost twice as much. This is the sort of game that invites replay value through gameplay, something that has become a bit of a lost art in gaming.

Although LawBreakers refers to its various character selections as roles, what’s here doesn’t adhere as much to the holy trinity as a game like Overwatch. While a couple choices have defensive cooldowns, and the Battle Medic is capable of supporting teammates, the focus here is much more on offense. The most dramatic effect this has on the play experience is players don’t feel like they’re forced into having to play a tank or healer, which is a significant consideration. This creates some degree of homogenization, and could prevent it from ever being a widely recognized eSports title, but helps lean it more toward being a superb pick-up-and-play title.

Supporting the gameplay is an outstanding in-game presentation. Outside of some bizarre issues on PS4 and an aged user interface, the game runs well, sticking to 60 FPS and appearing visually attractive.

The small selection of game modes manage to avoid being derivative, presenting enough value to match if not exceed the purchase price.

Boss Key Productions’ first crack at making a first-person shooter has resulted in something that stands out from the competition, scratching the itch of players looking for a classic arcade shooter experience, with the benefits of modern game design.

A PC copy of LawBreakers was provided by its publisher. LawBreakers is available on PC and PS4.

No one can hear you scream.
Games 2 days ago
7

If there’s one game Shadow Warrior 3 desperately wants to be, it’s Doom Eternal. Yes, there are death traps, some…
Games 11 months ago
7

A step backward.
Games 1 year ago