I’ve never really found the time to get “into” an MMO. I’ve skated around the periphery of World of Warcraft, EVE, and yes, Elder Scrolls Online. MMOs aren’t games to be started lightly, though, and I’ve always felt like an outsider when I try and start an MMO years after launch. Whether it’s having to level or grind for gear, it’s hard to match up with long-time players. Having said that, I got an opportunity to review The Elder Scrolls Online: Summerset and found that a lot of those barriers I perceived when trying to get into MMOs have been largely addressed. 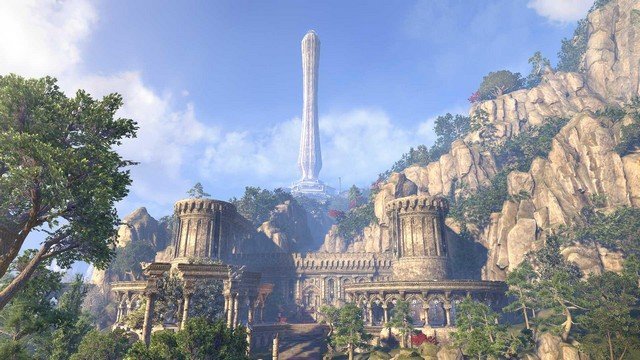 The latest expansion to ESO takes us back to a location that hasn’t been seen since the original game in the series, The Elder Scrolls: Arena debuted in 1994. Gone are the days of VGA graphics though, and the Summerset Isles are a very different place. However, there are some familiar locations like the Crystal Tower available to visit. For the most part, though, this is entirely new territory for the series, and after the nostalgia-fueled trip given by the Morrowind expansion, it’s good to see some entirely new territory to explore.

Summerset is the home of the High Elves, and as such it’s in stark contrast to Morrowind. Here, instead of scrub and ashland, you’ll see verdant forests and large, elaborate architecture. After all the browns, tans, and earth tones of Morrowind, the lush green of Summerset is a welcome sight. 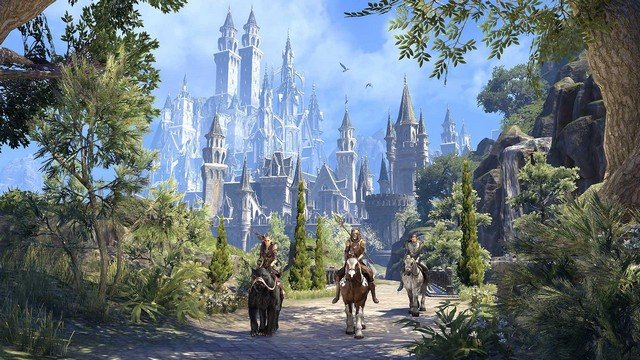 The hitch to get you into Summerset is simple. The land of the High Elves was once closed to other nations, but now, by order of Queen Ayreen, Summerset is open to foreigners. Your first order of business to speak to Razum-dar, a Khajit who serves as the areas first quest giver. Razum-dar lets you know that some of the travelers new to this land have gone missing.

One thing leads to another, and to no one’s surprise, Daedric followers are responsible. This leads to events that tie their threads to the main quests found in Tamriel and Morrowind and make either an excellent third part to those quests or a good introduction to them for new players. The plot is compartmentalized enough that it won’t ruin the experience for you if you start playing in Summerset and then move to Tamriel or Morrowind. 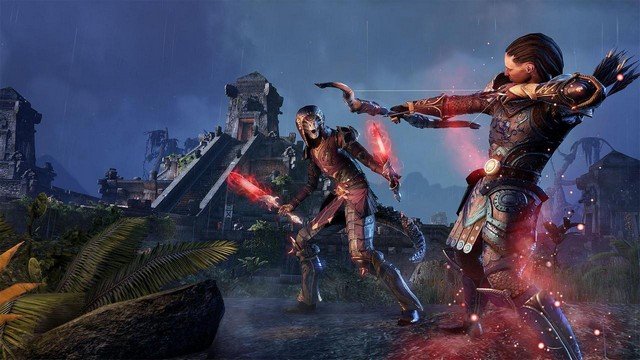 Of course, Summerset isn’t just a pretty place. There’s plenty of substance here as well. One of the significant new additions with this expansion is the Psijic Order. The quests surrounding this guild centered around Mysticism form a separate path from those making up the main quest tree and introduce you to a new skill three that gives you access to some powerful new abilities.

In The Elder Scrolls it’s not unusual to bend and meld the powers of fire and ice to your will, but for the first time, you’ll be able to manipulate the fabric of space and time. The Psijic Order skills feature five active abilities, five passive abilities, and one ultimate ability which center around controlling time. As you raise in the ranks, you’ll get skills like Undo which resets your health, magicka, and stamina to what they were four seconds ago. Time Stop will let you freeze enemies in their place, and other powers will give you access to a major new arsenal.

The Elder Scrolls Online: Summerset Review: Fun By Yourself and With Others Too 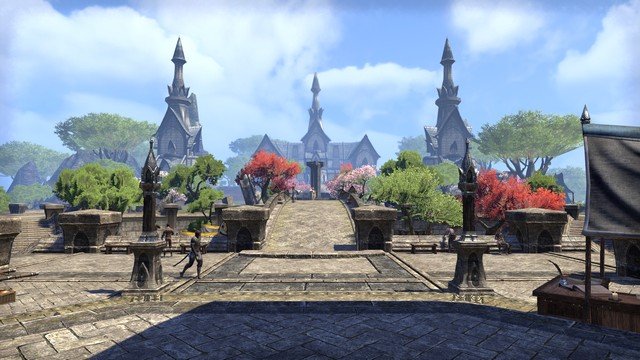 One thing I really liked about my time in Summerset, and ESO in general, is that it doesn’t make it feel like you’re missing out if you decide to go solo. I prefer playing games by myself, for the most part, especially RPGs, and I’ve always felt a bit overwhelmed when it comes to raids, queuing for dungeons, etc. While ESO‘s systems aren’t quite as geared towards single-player as an actual single-player entry in the series, the game does a good job of capturing the open-world feel of Oblivion and Skyrim.

You’ll see a lot of other players during your romp through the game, but it’s entirely up to you whether you want to pay attention to them or not. There are some activities like Trials and world bosses that pretty much require a group to complete, but those are only a drop in the bucket compared to the amount of content available.

On the flip side, you can go through the entire game with your friends from start-to-end as well. One of the things that makes Elder Scrolls Online so accessible to newcomers is how it scales enemy difficulty. Enemy mobs will scale to the strength of the player and party. This means if you have a friend who is a long-time veteran and you’re just starting out, they can play with you and you’ll both be useful in combat. Your friend might have more skills and better gear, but you won’t always be dying or useless in battle.

It’s from the perspective of a relatively new player that I write this review. The Elder Scrolls Online: Summerset is the largest expansion of the game to date. As such, it’s a great time to get into the game. New players and old alike will be checking out the new content, and you can get in right at the start and discover it together.

There are around 30+ hours of content to be had in Summerset, and although the game is four years old at this point, ZeniMax Online Studios is still bringing it’s A-game. There’s still a significant player population in ESO, and if you’re an Elder Scrolls fan, or just looking to get into a game you can play for a while, Summerset is a good fit for you.

Biggest expansion for ESO ever. Easy to get into for newcomers. Amazing art design. Main quest line is a bit…
Friday

Biggest expansion for ESO ever. Easy to get into for newcomers. Amazing art design. Main quest line is a bit…
February 10

Biggest expansion for ESO ever. Easy to get into for newcomers. Amazing art design. Main quest line is a bit…
February 21

Biggest expansion for ESO ever. Easy to get into for newcomers. Amazing art design. Main quest line is a bit…
February 24