What if Hideo Kojima developed a Professor Layton game?

That's the question Doctor Lautrec and the Forgotten Knights answers (minus the Hideo Kojima). The portable puzzler series from Nintendo featuring the professor and his young puzzle-solving ward have made quite an impact on the DS and 3DS handhelds, but why can't everyone have a piece of that action?

Docture Lautrec and the Forgotten Knights puts players in the trenchcoat and mustache of Jean-Pierre Lautrec, a man so keen on making sure people know he's not an adventurer, he often stumbles upon adventure at every turn. Instead, when Lautrec isn't driving speeding automobiles or discovering ancient artifacts in mysterious tombs, he's busy telling everyone around him that he's an intellectual.

A wide variety of Layton-esque puzzles will break up the animated cut-scenes, both hand-drawn and CG. You'll put shapes together to fit in specific outlines. You'll solve crossword puzzles. You might even find yourself reassembling gadgets.

While you might take Lautrec's intelligence and sense of logic for granted, no one else in the game will. Every character is either too stupid to figure things out or too evil to do it themselves. The latter would rather hold Lautrec at gunpoint and force him to do it.

This makes neither Lautrec nor his supporting cast very likeable. At best, the good Doctor can be a little dull and everyone else can be silent or maniacal. Where's the gray area? What's driving these characters? Oh wait, that's right: treasure. 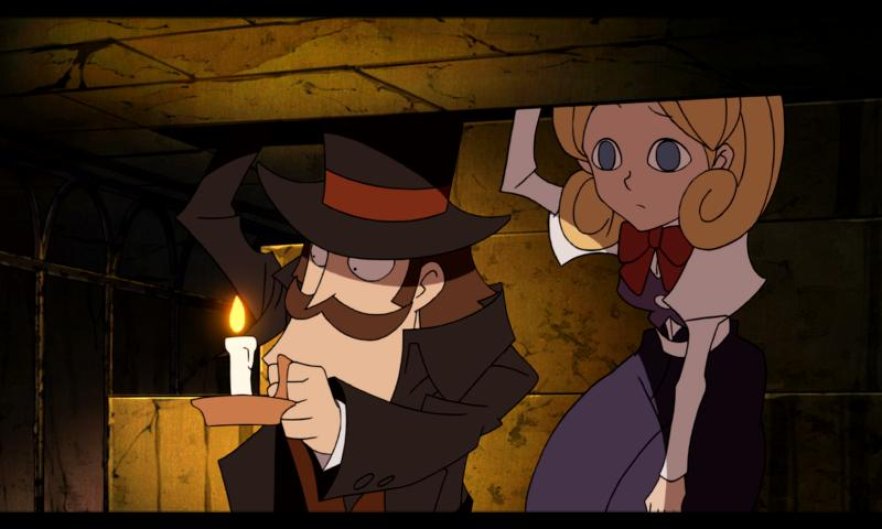 The saving grace in this whole production is Sophie Coubertin, Lautrec's ever-present university student assistant. She makes up for the dry, humorless dialogue of everyone around her by being genuinely funny at times, likeably helpless at others, and always much more animated than everyone else.

Where Lautrec and Layton differ is in Pokémon-esque Treasure Animatus battles. The historical artifacts Lautrec and company hunt down actually hold treasure spirits in them. You'll have to use previously collected treasure creatures to wear down the spirit before you can pick them up ooor sufferrr… thhhe currrrse… OF THE TREASSUUUURRREE.

With puzzle-solving and monster-battling, why have I focused so much on the game's plot? Because Doctor Lautrec and company CANNOT… STOP… TALKING. It takes well over an hour and a half to get to the first save point if you bother to read all the dialogue. Cutscenes are completely unskippable and most of the characters will babble on far longer than they need to. 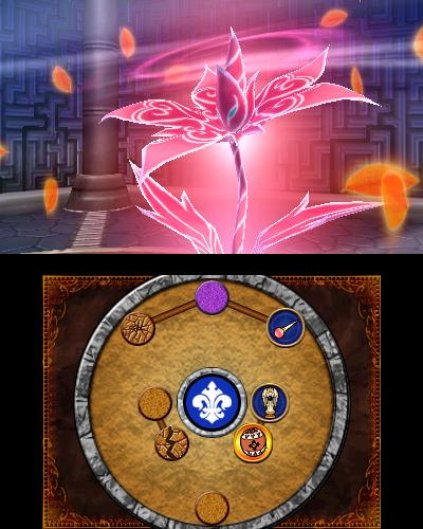 One character outright refuses to talk sometimes. Why do you do this to me? Why do you make me sit through all this dialogue, and then introduce another character that actually requires everyone else to press her before she gives up the information needed to advance the nonsensical plot?

That said, there are actually some very enjoyable puzzles. The hint system means you'll absolutely never get stuck, and the Respect Points system means you'll want to avoid using hints at all costs. Exploration is fun and quick, allowing you to get back to solving a puzzle or fighting a monster, completing the gameplay mechanic loop.

I just wish they could get on with the gameplay. Why not provide some of this exposition, storytelling, or character on the top screen while I'm solving puzzle on the bottom touch screen? I guess they didn't have those $0.99 puzzle books you get from the drug store in 19th century France.

In the end Doctor Lautrec is really enjoyable when you play it and boring when you're sitting through long cutscenes and dialog exchanges between its bland cast of chracters. It's just too bad the gameplay is spread too far and too thin.

So close, no matter how far.
Games 2 months ago
9

It's the end of the world as we know it.
Games 3 months ago
9

Another win for PC users.
Games 3 months ago
8