The Book of Boba Fett Episode 1 Review: ‘I am hooked!’

The Book of Boba Fett episode 1 is now available to watch on Disney Plus. The first episode of Boba Fett’s own show explains how the bounty hunter survived falling into a Sarlacc pit. After his unceremonious death in the Return of the Jedi movie, fans of this Mandalorian will no doubt be eager to see the character redeem himself. Happily, the first episode makes for a strong start to this new Disney Plus series. Here is my The Book of Boba Fett episode 1 review and ending explained. 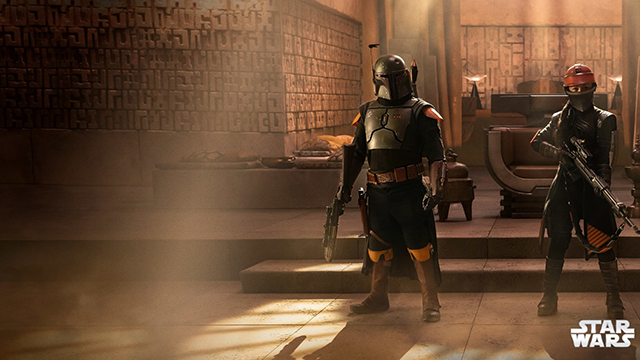 The Book of Boba Fett episode 1 is a strong start for a series that I wasn’t that hyped for and well worth watching for Star Wars/The Mandalorian fans. Temuera Morrison’s portrayal of Boba Fett remains a joy to watch and he effortlessly reprises the role for his own Disney Plus show. Ming-Na Wen provides good support as Boba’s right-hand assassin.

The first episode of The Book of Boba Fett continues on from the events of The Mandalorian, with Boba Fett taking over as the new Mos Espa crime lord. However, his hope to rule with respect instead of fear proves challenging.

While some are fine with Boba Fett taking over, others prove less willing to accept the change. The first episode sets the scene of a disagreement between Boba and the mayor. The interaction with the mayor’s messenger is especially entertaining.

By the end of the first episode, Boba Fett has had to demonstrate his strength and prowess in battle against both man and beast. There’s a fair bit of action for a debut episode and the quality of combat is comparable to what we’ve seen from The Mandalorian, which is certainly a good thing.

In a flashback, Boba Fett is seen fighting a sand creature. He manages to defeat it with his bare hands, earning him the respect from the Tusken Raiders that have him captive. What appears to be the leader of this group of Tusken Raiders offers Boba Fett water and then the scene fades to black.

Expect to see Boba Fett’s relationship with the Tusken Raiders expanded upon in the next episode. The assassin will also be interrogated and whoever hired them is likely to be revealed.

The Book of Boba Fett Episode 1 Review: The final verdict 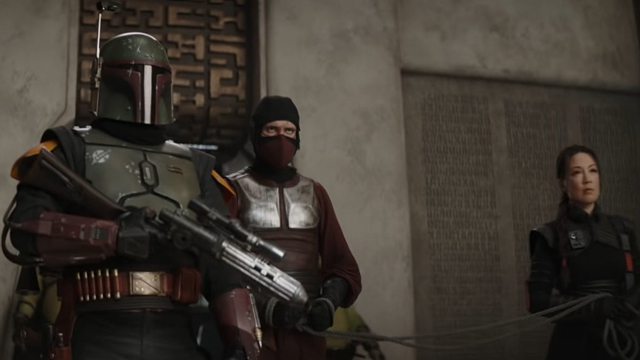 The Book of Boba Fett episode 1 is short but sweet, with well-paced scenes of dialogue and action. It successfully hooked me in for future installments and all Star Wars fans should take notice.

I am no Jedi.
News 1 month ago

Every Star Wars Movie and TV Series Release Date in 2023

Here are the stories you can expect from the Star Wars universe in 2023.
Originals 2 months ago

Does that mean Starkiller is canon?
News 4 months ago

Get your first look at The Mandalorian season 3.
News 5 months ago