This ain’t Dan Brown’s version of Angels and Demons.

I’m just going to lead with the fact that the enclosed demo booth for DmC at E3 showcased a booth babe swaying around sexily on a stripper pole. Just wanted to get that out of the way before I forgot.

But if you could peel your eyes away from that, they were also showing a video game. It’s a new Devil May Cry, reimagined, re-envisioned, retold—all those adjectives that marketing people use these days to say “reboot” without actually saying it. And that worked just fine for me, since I hadn’t played the series before.

But I am familiar with its over-the-top style, and I can confidently say that it is very much intact. It is, however, done in a different way—a more juvenile, flippant approach which accurately reflects the younger, brasher, more arrogant Dante in this DmC. You might be familiar with Dante’s big mouth and bigger ego, but he does not yet have the demon-killing chops in this game to back it up. In fact, the game’s style, attitude, sense of humor, and liberal use of profanity reminded me very much of Shadows of the Damned every step of the way, which should be taken as good news considering how much I enjoyed that game. 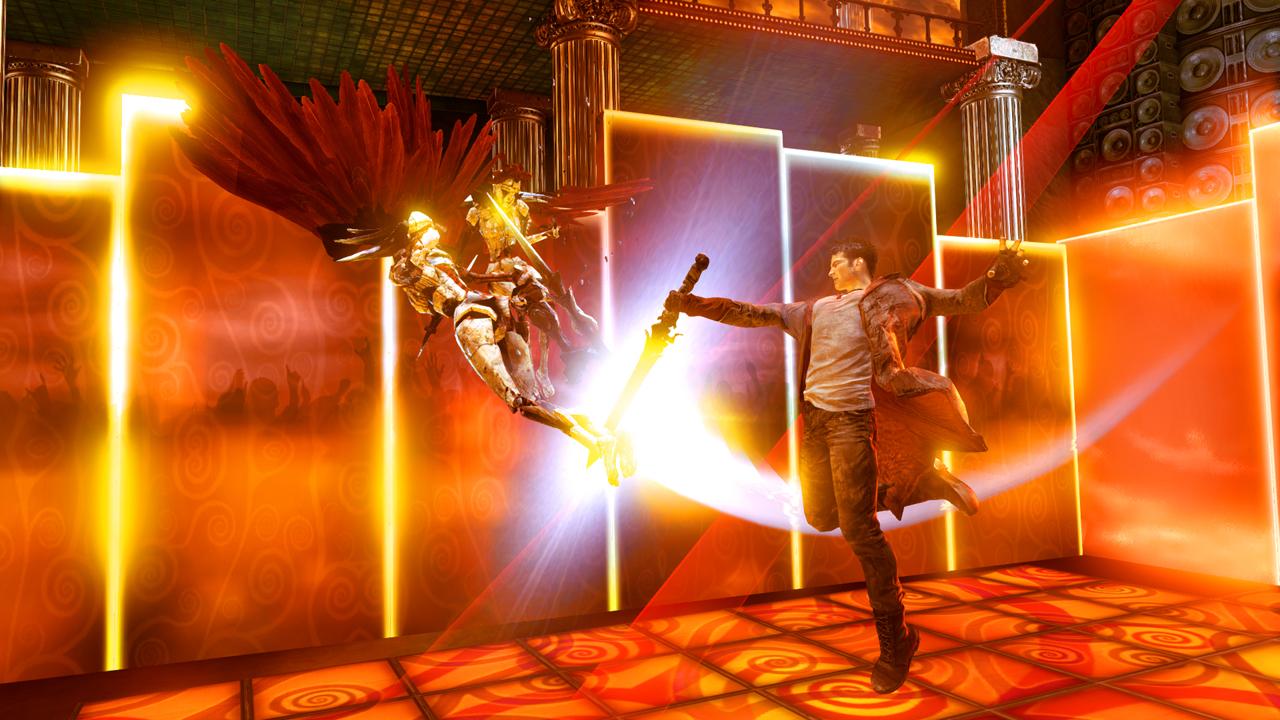 Combat is of course fast and furious, featuring Dante’s trademark sword and pistols. But DmC also features a dynamic weapon system—holding the triggers down alters Dante’s attacks. The left trigger activates “Angel” attacks and the right one activates “Demon”, which makes sense considering that Dante’s revised heritage in this game gives him parentage from both those realms. Angel attacks involve a giant blue scythe, while Demon attacks feature a powerful axe.

The most engaging part of the combat was that Angel mode gave Dante a whip-like strike that could pull him towards enemies, even propelling him almost infinitely up into the air with flying foes. The Demon version pulled enemies toward him, and using both of these abilities in conjunction allowed for some really stylish moves. They’re also used in puzzle-solving: To navigate the constantly morphing landscape in the demo, you needed to pull distant platforms out of walls with the Demon whip and pull yourself to them with the Angel one. 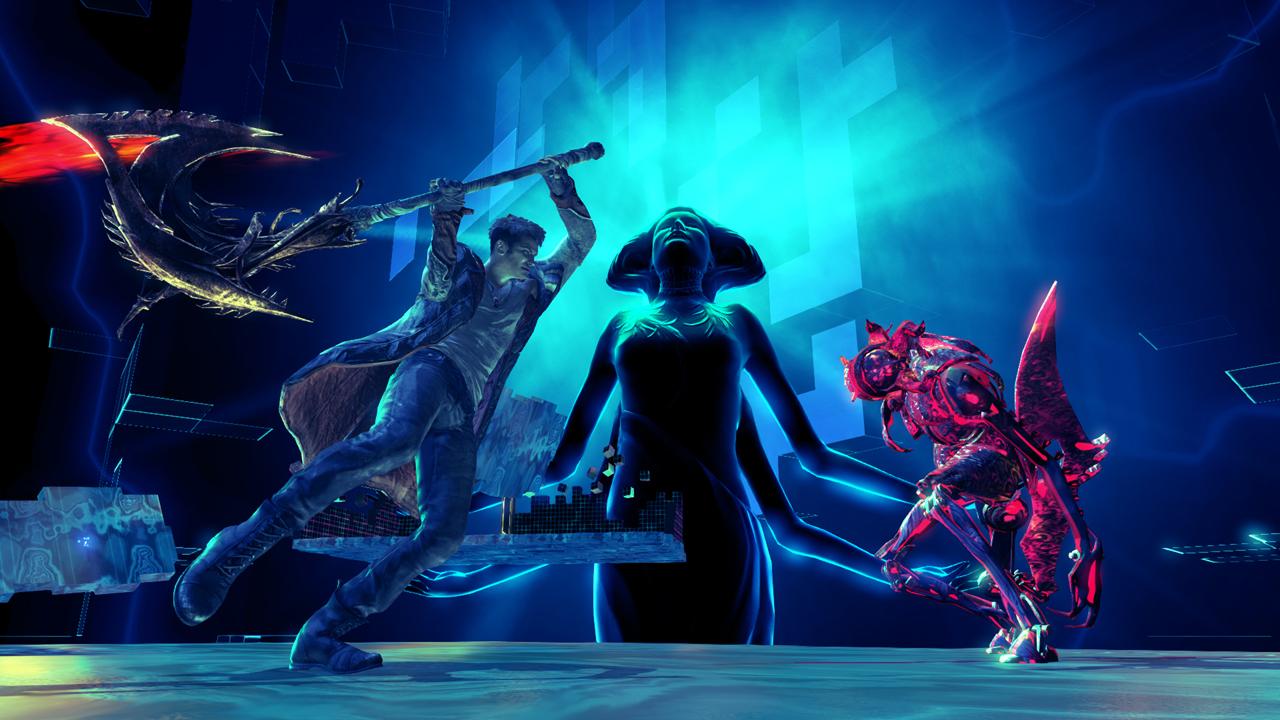 The later boss battle required using the Angel whip to swing from one platform to another, Castelvania-style, whenever the boss spewed acid on the current platform, then using the Demon whip to unhook the boss from the cables suspending it from the ceiling. The level of integration that these whip mechanics have in the gameplay is very promising for delivering an intense, exciting DMC that still does something distinctly different from its predecessors.

You’ll be able to check out Dante’s new attitude and look (sans the booth babe on stripper pole, sadly) when the game launches early next year.

Gimme that iOS and Android action!
News 2 years ago

Not a jackpot.
Originals 2 years ago

Embrace the darkness.
News 2 years ago