Far Cry 5 Silo Bug Fix: How to Make Sure You Find All 14 Silo Locations

Far Cry 5 silos are targets you can take down in Holland Valley as part of a side quest for that region. There are 14 silos in all, and you have to take down every one to complete the side mission. Unfortunately, there’s a Far Cry 5 silo bug that seems to be affecting some players being able to finish this particular quest. Below we’ll detail what could be causing the silo bug, and possible fixes to correct it.

When you get close to a silo in Far Cry 5, it’ll be added to your map. One of the issues with this is what happens when they’re destroyed. It looks like what’s intended to happen when you take out a silo is that it’s removed from the map. However, some players are reporting that this isn’t the case, which makes figuring out which of the 14 silos are still standing quite confusing. 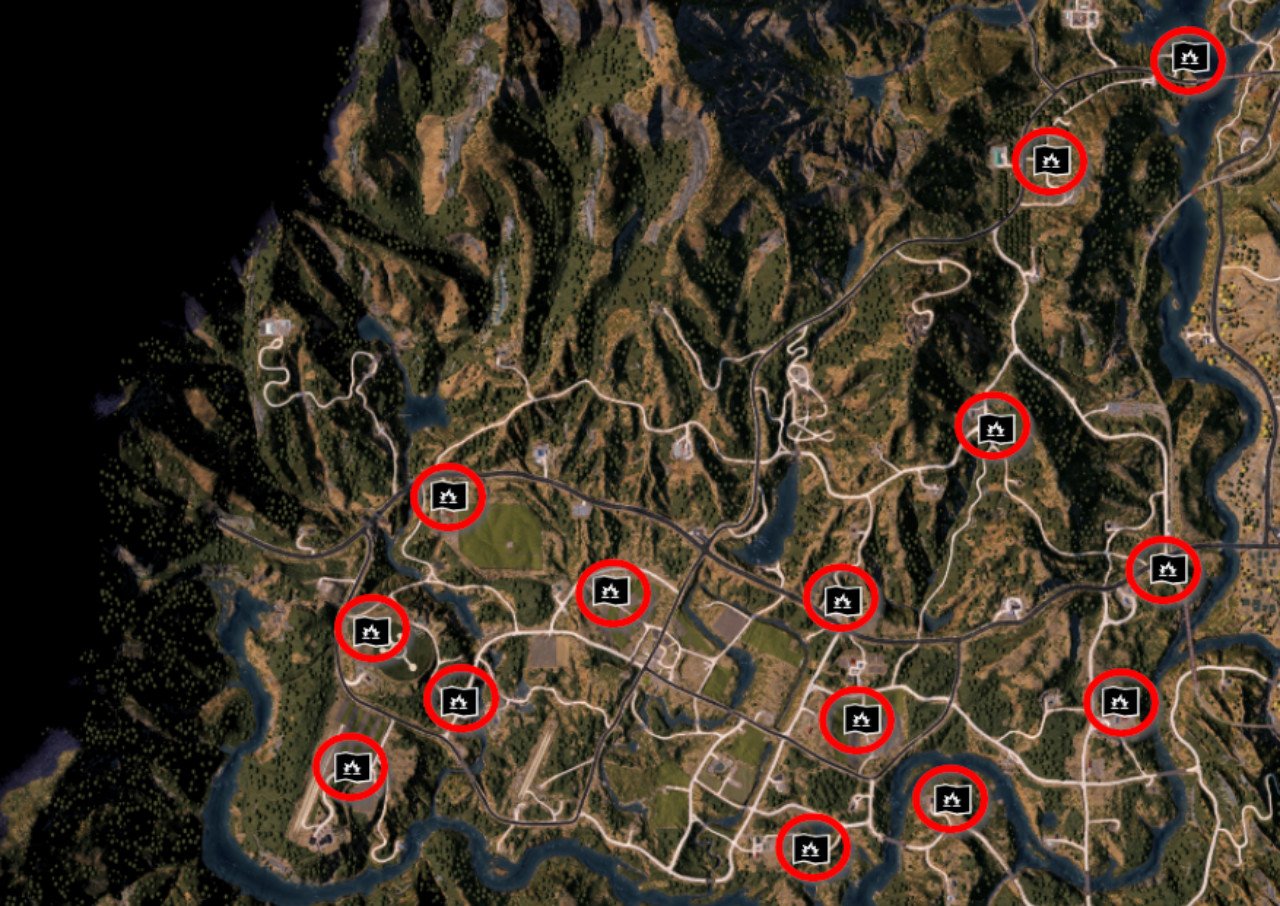 This map shows the location of each of the 14 silos in Holland Valley (click for a larger version). If you think you’re being affected by the silo bug, visit all fourteen locations and make sure you’ve destroyed the silo there. The one at the Grain Elevator south of Hope County Clinic seems to be the one giving players the most problem.

Far Cry 5 Silo Bug: You Destroyed All Silos But Didn’t Get Credit for One

Unfortunately, there also seems to be a bug that can occur while you’re destroying a silo that keeps the game from giving you credit for it. This means while you did destroy all 14 silos, the menu will always show you’ve only taken out 13/14.

It’s not known what causes the bug, but it seems like a common thread reported by those affected by it is that they died either right as a silo exploded or shortly after. The best way to avoid being affected by this issue seems to be to make sure that you’re not suicide attacking a silo and that there’s nothing around that can kill you before you get credit for it.

If you’re affected by this bug, it doesn’t seem like there’s much you can do until Ubisoft patches it. Some are saying that the problem silo may respawn after you do some side missions/play the game awhile, but this hasn’t been confirmed.

For more info on Far Cry 5 check our game hub or the articles below.

Is There a Cult of the Lamb Black Fog Bug Softlock Fix?

Players are finding that Cult of the Lamb black fog is softlocking their progress. Unfortunately, once the black fog bug…
Games 6 months ago

How to fix Farming Simulator 22 contracts not working bug

It's happening again...
Games 1 year ago