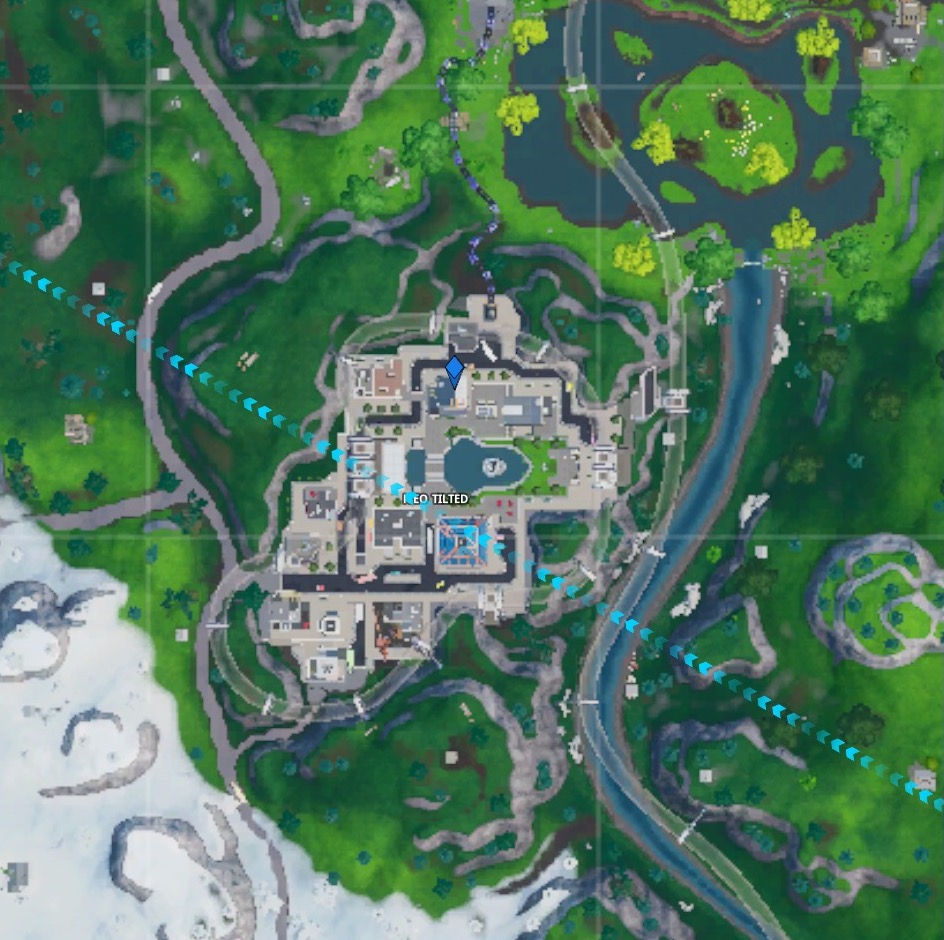 Now that you know where you’re going, queue up a game and hop on the Battle Bus. As you head towards Neo Tilted, you’re going to be looking for the building with a radio tower on top of it, which can be seen in the image below. 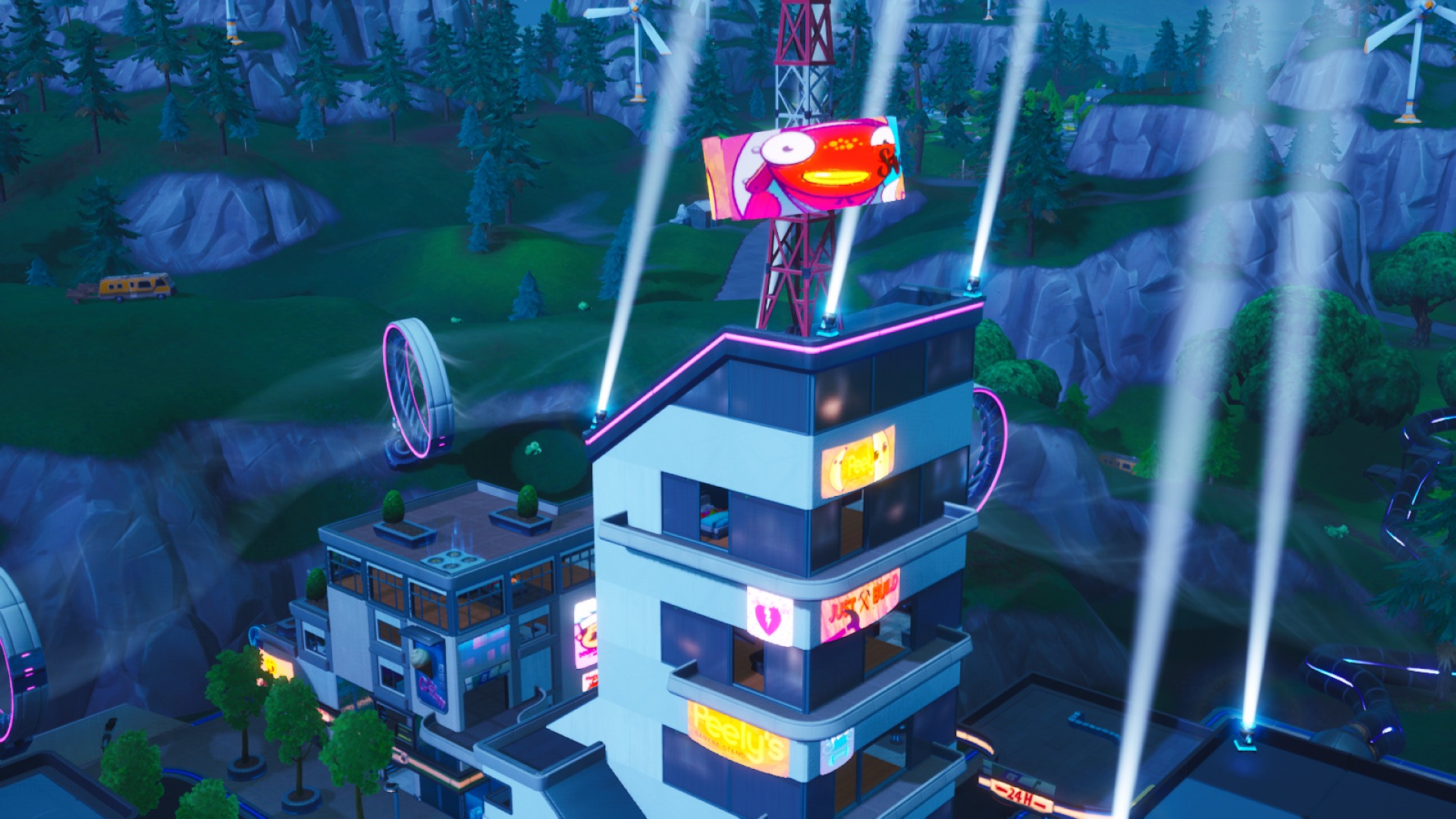 Land on the rooftop of that building and you’ll be at the tallest building in Neo Tilted. Pull out your pickaxe and bust through the roof and you’ll drop down onto the highest floor of the building. 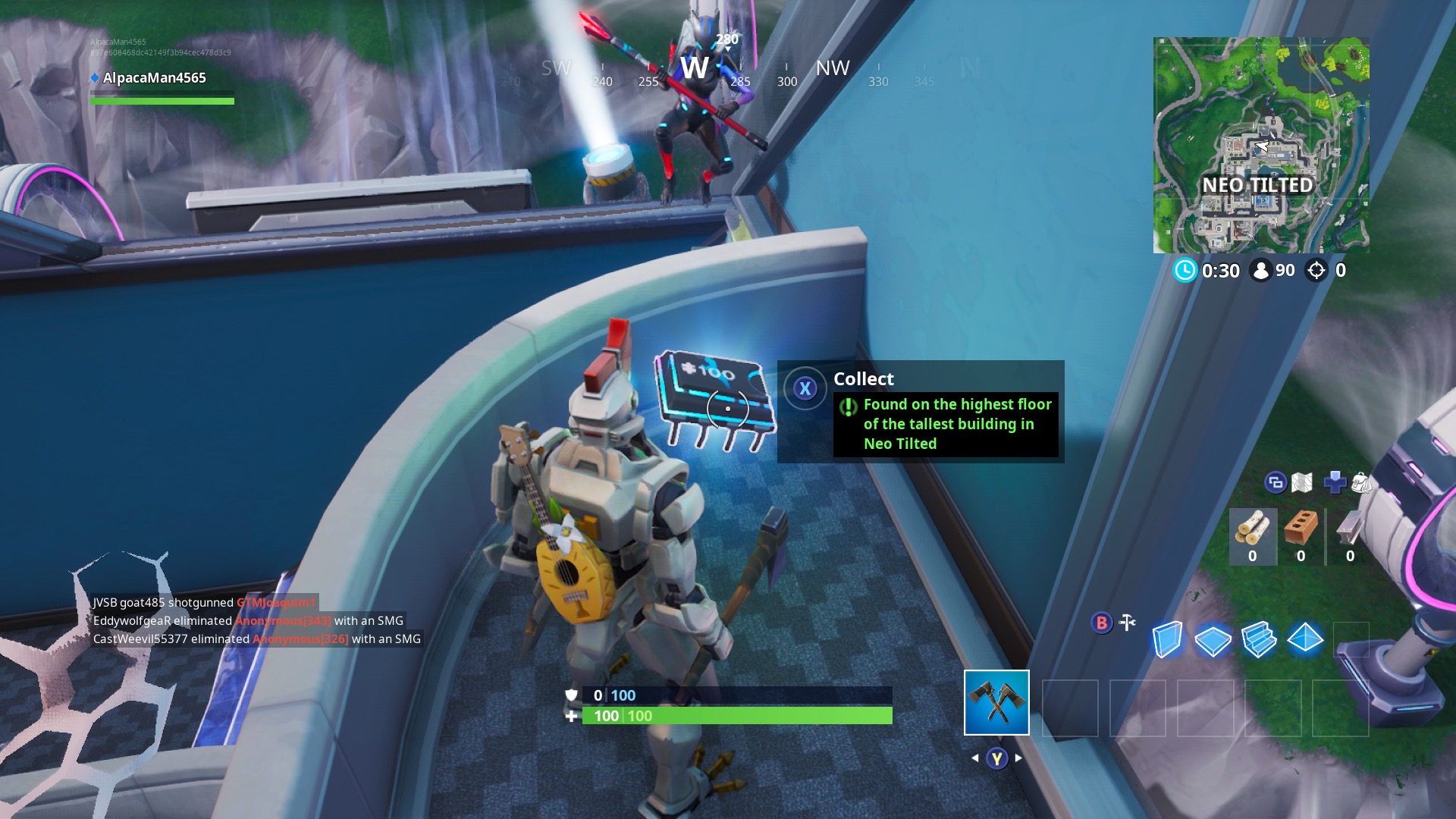 If you look around, you should see Fortbyte 100 sitting by a window waiting to be picked up. Head over to the hidden item and you’ll be able to search it like normal and add it to your collection!

Fortnite Frogs Weekly Quest Locations: How to Hunt a Frog from 5m or Less

Hopping along
Games 1 month ago

A guide to all six locations.
Games 1 month ago

Fortnite MrBeast Extreme Survival Challenge: How to Get Score Easily

Practice to win the tournament.
Games 2 months ago