It’s a good time to be an anime fan with a Netflix account right now, outside of North America at least, as the Studio Ghibli films have begun to release on the streaming platform. Of course, if you’re new to Ghibli, you’ll be wanting to know if there is a specific Studio Ghibli Netflix watch order you should be sticking to. In this guide, we’ll let you know the answer to “what Studio Ghibli film should I watch on Netflix first?” Read on to find out. 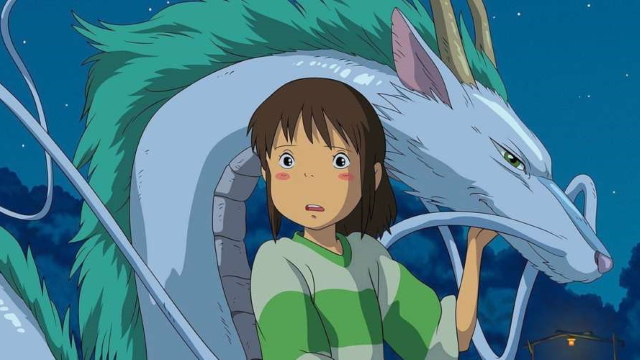 Before we begin, you’ll need to know that it seems as though Grave of the Fireflies isn’t available on Netflix. You can head to Amazon Prime to watch that devastating masterpiece. Depending on when you’re reading this, too, not all Studio Ghibli films will be on Netflix. As of writing, Just seven Ghibli films are available to stream on Netflix, which are as follows:

ALSO: This Animal Crossing merch will get you pumped for New Horizons

None of the films here are direct sequels to any other, but some do warrant watching in order based on themes and characters. We’d recommend, for example, that you watch Whispers of the Heart before you see The Cat Returns. Aside from those two, however, nothing else jumps out as needing to see any other Ghibli film before any other. It’s entirely up to you. You can watch the all in chronological order based on when they released, you can group them by directors, or you can simply watch them in whatever order you’d like, simply picking your next Ghibli film based on the trailer or description.

We do recommend, however, that if you’re new to Studio Ghibli, you might want to start with one of the animation house’s classics. Starting with My Neighbor Totoro, Howl’s Moving Castle, or Spirited Away ought to give you a good understanding of what Studio Ghibli films are all about. Again, though, don’t be intimidated by them all, the vast majority of Studio Ghibli films are completely standalone releases.

Where to Watch Knock at the Cabin: Is It Streaming on Netflix, Peacock, Prime Video, or Disney Plus?

Another end of the world story.
Film 4 days ago

Where Can I Stream M3GAN and Is It Free to Watch Online via Streaming?

She's your best friend, or worst enemy.
Film 3 weeks ago

Grab a pillow to hide behind, you're gonna need it.
Film 3 months ago

Is the Cyberpunk: Edgerunners Anime Worth Watching?

While it’s far from a failure, it was feared that the issues with Cyberpunk 2077 would reflect on Cyberpunk: Edgerunners,…
TV 5 months ago