Fall Guys Height | How tall are the characters?

Have you ever wondered about the average Fall Guys height? It’s hard to tell exactly how tall the jellybean people in Fall Guys are without a point of reference, which has players asking: “How tall are Fall Guys?” Stick with us as we share how big Fall Guys characters are in this vitally important guide.

Fall Guys Height | How tall are the jelly beans? 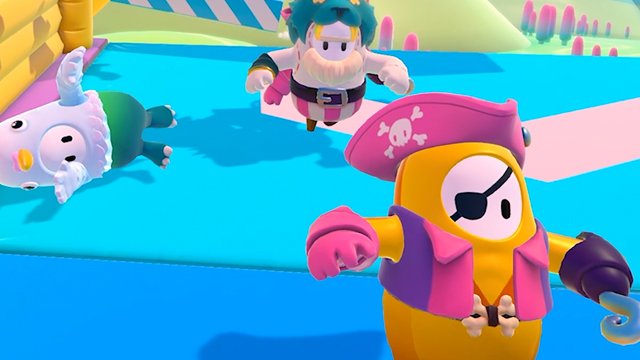 Confirmation of the official Fall Guys character height came from @FallGuysGame on Twitter. In very frank fashion, the account tweeted: “Fall Guys are 1.83m tall. That’s the tweet.” This took many players by surprise, having previously assumed that they were little jellybeans. In reality, however, it appears that Fall Guys characters are our genetic superiors.

Other fans ran with the surprising news, creating fan art to mark the occasion. @lalalalack‘s depiction of realistic Fall Guys characters wasn’t met with approval, however, as the game’s social media declared “THIS IS NOT WHAT WE MEANT” when revealing Fall Guys‘ height.

When we told you that Fall Guys were 1.83 metres tall

THIS IS NOT WHAT WE MEANT https://t.co/W4EwwlWPL9

Fall Guys Height | How tall are the characters?

God of War Ragnarok How Tall is Kratos Height?

How big is our boy?
Games 3 months ago

Has Fall Guys Season 2 Been Delayed?

Cult of the Lamb: How To Remove Weeds

Weeds, be gone!
Games 6 months ago

Fall Guys: How To Get Halo Master Chief Skin