Super Mario Bros. 35 starts you off in World 1-1 with each play session, though you can unlock levels as you advance. Unlocking later courses is advantageous as they often contain more difficult enemies, which you can then send over to other players in order to impede their progress, but they can take a long time to unlock. So how do you unlock levels faster in Super Mario Bros. 35?

How to unlock levels in Super Mario Bros. 35 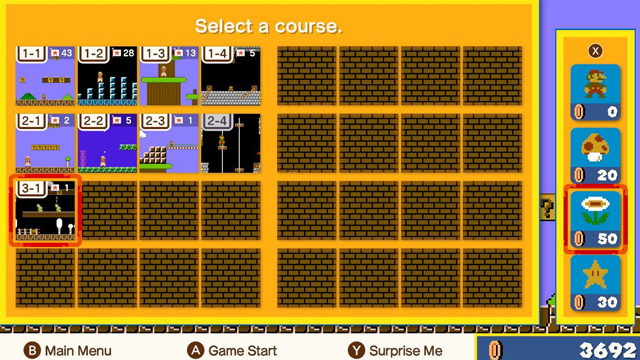 To unlock levels in Super Mario Bros. 35, you need to play and complete them. You can do this in either the 35-Player Battle or Special Battle modes. The former will see you and other players platforming through mostly randomized courses, while the latter will see you all following the same set path of levels.

After completing a level in Super Mario Bros. 35, it will unlock in the ‘select a course’ menu in 35-Player Battle. This will allow you to select levels you want to see during your run, though it will also place that level in the pool for everyone to play. This means that if there’s a difficult level you feel confident in completing, you can place this in the pool of levels for everyone else to experience, which can lead to you KOing more inexperienced players. 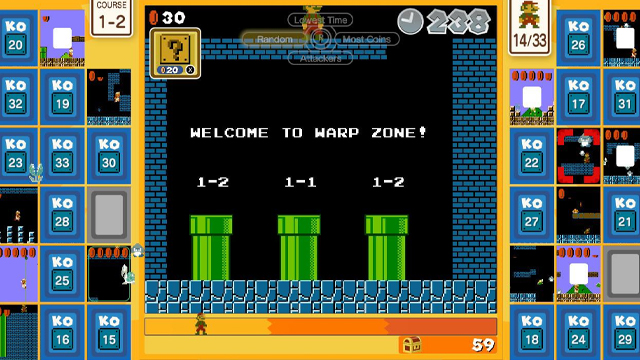 Progress can be slow in Super Mario Bros. 35, so to unlock levels faster you’ll want to take advantage of the warp pipes in the first Warp Zone. These can send you to later levels you have yet to explore, and prevents the game from randomly selecting which course you’ll appear in next.

The game currently prioritizes early Super Mario Bros. levels, meaning that you’re likely to come up against the same stages from the World 1 and World 2 routinely. However, in the frequently selected World 1-2, you can use the warp pipes at the end of the stage in order to select a new level to transport Mario to.

The Warp Zone can be found behind the final pipe that leads to the end-of-level flag. To get behind this pipe, stand on the moving platforms and jump onto the bricks at the top of the level. Keep running until you reach it.

The three warp pipes will give you the choice to select from three different stages. Choose a stage you have yet to unlock in order to play it. After completing the stage, it will now be available in your select a course menu.

If there are no new levels available to unlock, aim to select World 1-2 again. This will give you a higher chance of being able to revisit the Warp Zone and reselect a new level to warp to.

As Special Battle doesn’t randomize the levels each player will take on, selecting it will give you a straight run of a select number of levels that you may not have unlocked yet. This decreases the likelihood you’ll keep replaying the same levels.

Special Battle’s levels rotate out periodically, with Nintendo updating Super Mario Bros. 35 with a new set of levels. This means that this will eventually become the fastest way to try out new levels and add them to your list of available courses.

A great way to level units.
Games 4 days ago

When Will Super Nintendo World Hollywood Reservations Be Available?

Where Can I Watch the Original Super Mario Bros Movie 1993?