A Pokemon augmented reality broadcast will be taking place via the International Space Station during the upcoming “Space Sunrise Live 2021” event for New Year’s Eve. No, really.

The International Space Station has had several broadcasts back to earth over the years including interviews, science demonstrations, and stunning views of planet Earth. Now, the Pokemon Company has partnered with JAXA (the Japanese Space Exploration Agency, the country’s equivalent of NASA) for a special broadcast to celebrate the start of 2021.

What is Pokemon doing in space with augmented reality? 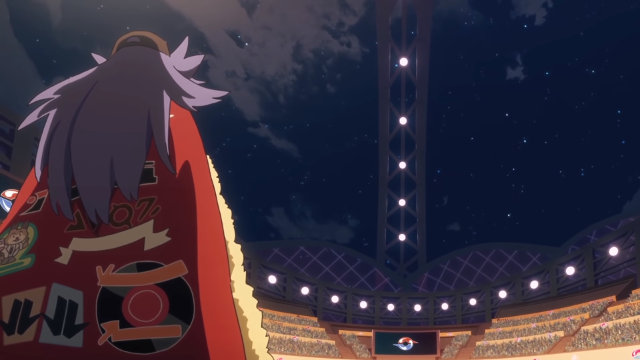 The upcoming Space Sunrise Live 2021 event (highlighted on ResetEra) will utilize the Japanese Experiment Module (nicknamed “Kibo”) for a special Pokemon broadcast. This will be the third portion of a three-part event, preceded by a real-time communication session with Astronaut Noguchi sponsored by Twitter and a New Year’s Eve countdown sponsored by Coca-Cola.

2020 has already been full of surprises for Pokemon fans — this year saw the reveal of a MOBA, the return of every Legendary Pokemon in the Crown Tundra, and a bonus episode of the Twilight Wings web anime. Now, it seems that the creators have saved the biggest surprise for the end of the year with a special space-based broadcast from the International Space Station utilizing augmented reality technology.

“Real-time earth images received from the ISS and Pokemon collaborate,” read a machine-translated explanation in a press release from JAXA. “We will challenge a new form of entertainment delivered from outer space.”

Augmented reality technology is already used for Pokemon Go, allowing players to see their favorite pocket monsters appear in the real world on their phone’s screen. While JAXA has not yet revealed specific details, the use of AR tech for this special broadcast means that we might see fan-favorite Legendary creatures flying through space to ring in the new year. The broadcast is set to start on December 31, 2020, at 11:45 PM Tokyo time; more details will be announced as the day of the event gets closer.

Get ready for the Galarian Star Tournament.
News 2 years ago

Join other Trainers in Dynamax Adventures!
News 2 years ago

Tom Nook is making a killing.
News 2 years ago