"The devil is in the details."

That's what fans of the original Devil May Cry games thought when they first heard of Ninja Theory's reboot or reimagination or redo or whatever you want to call it. "Heyyy! His hair isn't white! You're ruining it! WHINE!!"

God… bitch, bitch, bitch. Is that all you ever do? Why don't you skip the chatter and try the game for yourself? You might find something you like. If you're still doubting DmC: Devil May Cry's ability to capture what you loved about the original games, maybe you better read on before you get your panties in a twist.

Ninja Theory uses three tactics to modernize the Capcom character and action for gamers accustomed to God of War and Bayonetta. The first is a sublime sense of speed. Combat fluidly catapults the player from one enemy to the next like a demonic pinball armed with serrated blades. Switching between weapons is a cinch too.

You can use the stock Rebellion sword to send an enemy flying into the air, hold the left trigger to juggle them there with the Aquila ninja stars, and bring them back down with the Arbiter battleaxe assigned to the right trigger. Then if the baddie is still alive, you can blast him with Ebony and Ivory, Dante's dual pistols, for good measure. You'll face demons ranging from cherubs to golems, all with their own weaknesses and strengths.

Knowing which grotesque monster to target first isn't so much a priority as it is a matter of taste. I tended to single out the largest demon on the field to give my combo a strong foundation. You'll be scored on style and speed in combat, but level variety means you won't stay in combat or traversal longer than necessary.

That variety is the second tactic employed to help DmC feel more like a 2013 action game than a fossil of last-gen. Instead of dank dungeons and gothic castles, Dante gets taken on a trip through hellish locales that reflect the modern world with a nightmarish twist. Possessed carnival rides can be used as an environmental hazard in one section, while another level lets you shred harpy wings with your shotgun only for the poor souls to plummet to their deaths. 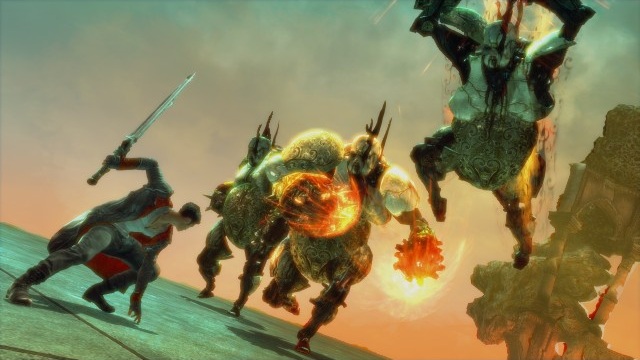 The visual design throughout DmC is astounding. Much publicized boss Bob Barbas is a highlight, but there's beauty throughout the hellish landscape. One area has you kicking ass in a nightclub and another takes you to a deconstructed cityscape where you'll use your demonic weaponry to bridge the gap between you and Mundus, the demon responsible for enslaving the world.

The soundtrack and writing aid in engulfing the player in this Limbo-mix of hell and Earth, but nothing in the game compares to the variety of colors and environments you'll see. In fact, Dante and Vergil's plight pales in comparison to the art direction.

Still, the narrative and moment-to-moment humor inherent in Dante's character truly delight at times. One late game moment sees Dante led through corporate offices transformed into layers of hell. There, human medium Kat tells Dante that he has to traverse five of them, which leads Dante to ride an elevator through each layer and pace back and forth as the music drones on. The doors open and Dante smirks. "You're right. That was hell." 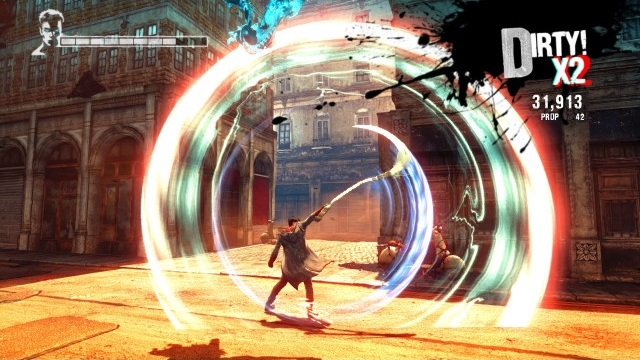 DmC doesn't feel old and stale. It feels new and fresh and furious, eager to prove itself and more than capable. If you're an old DMC diehard, this new vision won't disappoint, it'll delight. The campaign is still on the short side, but new modes and secret challenges, plus a host of collectibles help to extend the action.

Long loading times and other hang-ups can't take away from the fact that Dante's attitude is well-represented here in a furious, addictive, gorgeous ride through hell and back. The devil may cry, if you will, but let's not waste those tears, fanboys.

Light up the night.
Games 2 years ago

Gimme that iOS and Android action!
News 2 years ago