Epic Games’ recent Fortnite lawsuit has revealed that one of the two suspected alleged cheaters in the case is actually a 14 year old minor. The case first began last month, with Epic suing two players for allegedly using bots in the massively popular Fortnite Battle Royale mode. The mother of the accused minor has responded to the Fortnite lawsuit with a letter.

In the letter (via Kotaku), the mother of the alleged cheater fires back at Epic Games with how she believes the case is invalid. She points out what she believes are flaws with the Fortnite lawsuit against her son, beginning by saying that Epic has no way of “proving any form of modification” that it alleges in its initial lawsuit.

The accused’s mother also believes that Epic Games “failed to legally bind underage users” with its terms of agreement that each Fortnite Battle Royale player must agree to before being able to play. In fact, the mother states that Epic Games is actually legally in the wrong for releasing the defendant’s name publicly and suing a minor.

The Fortnite Battle Royale developer has just released a statement (via Kotaku) in response to the letter, stating that this particular lawsuit began because of the defendant filing a DMCA claim against a YouTube video that promoted Fornite Battle Royale cheats. Epic Games states that “under these circumstances, the law requires that we file suit or drop the claim.” 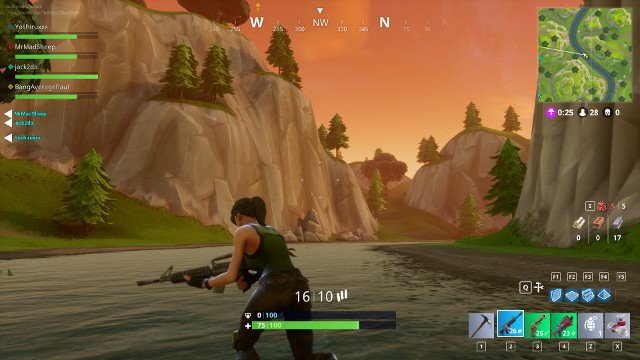 This case is but one of the two Fortnite lawsuits that began last month. Allegedly, both accused parties – including the minor – used a paid service that uses bots to find and kill streamers that are live on Twitch. Supposedly, this paid service is in violation of Fortnite Battle Royale’s user agreement due to its modification of the game’s source code.

This isn’t the first time the so-called “stream sniping” has allegedly been an issue, as it has also been a significant problem in the past for Fortnite’s direct competitor PlayerUnknown’s Battlegrounds.

Will it come back again?
News 2 months ago

Fortnite Leaks Are a ‘Logistical Headache’ for Epic Games – Report

Epic Games cracking down on leaks.
News 4 months ago

Fortnite may get a Lady Gaga concert soon.
News 5 months ago

Late Game Arena mode is returning to Fortnite next week.
News 5 months ago